Out Of The Loop

I was listening to a morning talk show on the radio the other day as I drove into work.

They were talking about an "Elf On The Shelf".

Something about how if you touch the Elf it looses it's magic.
I'd never heard of it before so I googled it.


The story describes how Santa's "scout Elves" hide in people's homes to watch over events. Once everyone goes to bed, the scout elf flies back to the North Pole to report to Santa the activities, good and bad, that have taken place throughout the day. Before the family wakes up each morning, the scout elf flies back from the North Pole and hides. By hiding in a new spot each morning around the house, the scout elf and the family play an on-going game of hide and seek.
The Elf on the Shelf explains that scout elves get their magic by being named. In the back of each book, families have an opportunity to write their elf's name and the date that they adopted it. Once the elf is named, the scout elf receives its special Christmas magic, which allows it to fly to and from the North Pole.
The book tells how the magic might disappear if the scout elf is touched, so the rule for The Elf on the Shelf states, "There's only one rule that you have to follow, so I will come back and be here tomorrow: Please do not touch me. My magic might go, and Santa won't hear all I've seen or I know." Although families are told not to touch their scout elf, they can yell to it and tell it all their Christmas wishes so that it can report back to Santa accurately.
The story begins on Christmas Day with the elf leaving to stay with Santa for the rest of the year until the following Christmas season.

THAT is SOOOOO clever!
And CUTE.
And DAMN...now I wish I kids or grandkids to be able to have that tradition! 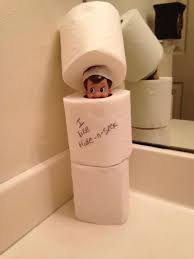 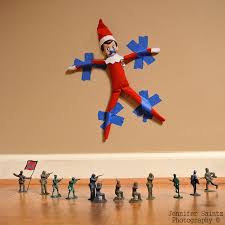 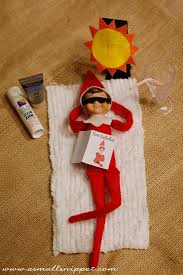 But then I see that this is based on a 2004 childrens book.
Where have I been?
How did I not know about this?
What else don't I know?

I mean I know all about the love triangle between Wiz Khaifa, Black Chyna and Amber Rose (Thank You TMZ...)

But I don't know about Elf On The Shelf!?!